I have to say, episode 3 certainly is a step up from episode 2 of blue lock and legend of mana. Hope this trend continues with the two shows, although I don’t have much hope for mana in continuing that trend.

|Bite-sized scribs, a creepy dude, tells footballers on how to score goals and a high fantasy adventure awaits

I knew it!! toilet-pachi’s main goal is to create a super team that actually know each other’s skills and playstyle. By doing so, he is fundamentally creating a cohesive team, where they can adapt to tactics and still get the best out of each other. Whilst the third episode is hinting that Isagi, will be the heart of the team, as he is the only one that deduced that, having large ego’s is a huge problem, as seen in that big-free for all where team z players were just arguing amongst each other, essentially having no team work whatsoever. By watching how Barou literally rallied team x in to playing a more cohesive team, where they all spontaneously knew their roles, and what to do (i.e. pass or get it to Barou).

I have to say, there were some terrible defending from team z, mostly because they had that twit Igarashi (Connie look-alike), that dude couldn’t score a goal even if it was an open net – even a granny could score that. Speaking of skills, damn Barou managing to nutmeg two players, that was a holy crap moment for me. Some serious skills there, not surprising he is the main threat for team x during the match. Interesting enough, Isagi shows spatial awareness, which is crucial for team play. Knowing where your teammates are and passing them accordingly to potentially get them in to scoring opportunities – you could call this a set piece play. Bachira and Isagi really do make a good duo. If you can’t tell, I really enjoyed the third episode. Not perfect, hell enjoyed it.

This episode isn’t too bad, better than the previous two. Still not that engaging though. Shiloh and Inspector Boyd make their way to some town, since they are investigating a “threatening letter” at the jumi. They go to what I can only describe as a nunnery. Since they are called “flames of hope” – although the real term is flames of healing. Here we meet two characters; the cutie Seraphina and head of the flames of healing Rubens. Bloody hell, the instant attraction Seraphina has towards Shiloh is well obvious. I can say the same thing for Shiloh. They have it bad for each other. Will it turn in to anything, I certainly ship them, if it doesn’t.

The other characters Rubens and the “infamous jewel hunter” Sandra – the person Shiloh and Inspector Boyd were looking for. I will say I found this episode a little bit dark, Sandra disguised as a nun (that is a twist), wanted to rip a sproutling leaves off – funny enough I had the sudden urge to do the same thing as well, then her attention turns to Rubens. Seraphina mentioned to Shiloh that he might be a jumi, which is a semi twist I thought, as the show initially pointed out there weren’t any jumi in the town. Anyway, after failing in coaxing Rubens in killing the sproutling (damn you) Sandra turns on Rubens, first stabbing him then taking his jewel. I didn’t feel the anger from Shiloh to be honest, it was just lacklustre, even if the incident wanted me to feel what Shiloh felt, I didn’t. As said above, a little bit better of an episode. At the end credit scene, I really wanted to rip that sproutling leaves off. 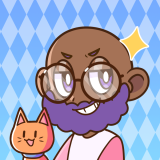 Hey up everyone, this is Roki. I’m just your typical guy who loves anime and videogames. I do have a daft sense of humour. Do love the paranormal, supernatural, mysteries, myths, folklore and legends